I know I whine about how fast time passes all the time—sorry, but who can believe that August is almost done. Only 4 months left in this year. Crazy making. I do confess that August has often been my least favorite month. I still bear the emotional scars of Hurricane Katrina and the destruction she wreaked all down the Louisiana, Mississippi, and Alabama coastlines. It’s been 13 years, but tomorrow is August 29, the date she hit right at the Mississippi/Louisiana line. Each year, as August comes to a close, I hold my breath and just hope that yet again, we’ll escape.

The thing I like about August is that very early in the morning, when I go out to feed the horses, I get a sense of fall in the air. It’s hard to describe, because it’s partly the angle of the white summer light, the whisper of a breeze, the smell of fresh cut grass. It’s many things, but it is there. The first of the dying leaves begin to fall. But mostly August is green, green, green. The potato vine in the front of the house has covered all the shrubs and is growing up the windows, casting the living room/den in an incredible green light. The vines on the pergola are thick and in varying shades of green, dark to light. The pecan trees have a few new leaves of brilliant green. The weeds in the fence lines are tall and very green, and in the distance the bahia grass with its little Y shaped tassels ripples on a soft, hot breeze. Hummingbird vines cover everything, a vivid green with small orange blossoms that the hummingbirds and butterflies love. It’s the last green kiss of summer before the dying begins. 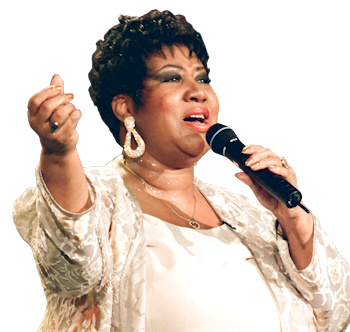 I’ve had a year of real highs and lows. I find that as I age, this becomes more and more true. I lost three wonderful friends and a cousin this year. Bill was my political partner—we agreed on everything, and though he was 93 he was a man who lived completely. I miss him every day. My writer friend Suzanne died in June, along with my Canadian friend, Louise. Both were my age. My cousin Bill—I remember him as a high schooler who had a bevy of girls chasing him around. None are nearly old enough to be gone. And two friends I used to carouse with on the Mississippi Gulf Coast both had strokes this year. They’re doing great, but it’s a shock. In my wicked little heart of hearts, I still think I’m 22 and invincible. My brother had a serious illness this summer, and I’m happy to report that he is doing much, much better. Even celebrities aren’t immune to illness and death. Aretha Franklin was not a personal friend or even anyone I could claim to know, but her death has left a hole for me. “Natural Woman” in 1967 was a song that pulled me from a purest who listened only to acoustic artists into the joy and fever of soul. And from that moment forward, Aretha opened musical doors for me in several genres of music. She was a guide, and so much more.

Along with the hardships of illness and loss there’s also been a lot of fun and joy. I published CHARMED BONES and two additional titles in the Trouble, black cat detective series. Rebecca Barrett’s TROUBLE IN PARADISE and Susan Y. Tanner’s TURNING FOR TROUBLE came out this summer. Jen Talty’s TROUBLE’S BRIDAL CAPER will be out in November. So the black cat is thriving and solving mysteries galore. I am releasing a Halloween Bones short story, “Clacking Bones,” very soon, and re-issuing a Familiar black cat detective book, BEWITCHING FAMILIAR, which is a time travel mystery where Familiar goes back to the Salem Witch trials. So be on the look out for both of those.

In July, I was awarded the Mississippi Writers Guild Lifetime Achievement Award. I was deeply moved by the honor. And I just found out I’m a finalist for the Silver Falchion Award for Reader’s Choice in the thriller category for THE SPECTER OF SEDUCTION. The award is given out by Killer Nashville. (Which explains the silver in the title of my newsletter.)

I found two wonderful homes for my litter of stray kittens. Gwen Lightfoot took two—Micah and Lacy—and they are spoiled rotten. Shade has gone to live the life of a country queen with Peggy Hill Logan and has doubled in size. I thought I had a home for the 4th kitten, but it didn’t work out. He and Karma are good buddies, and so he will stay here with me. I’ve named him Kismet. So with both Kismet and Karma in my corner, surely my life will smooth out! Let’s hope so. 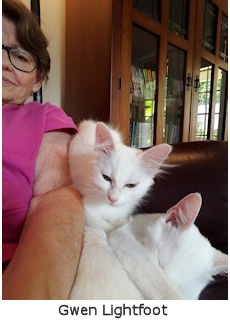 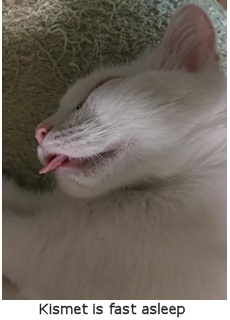 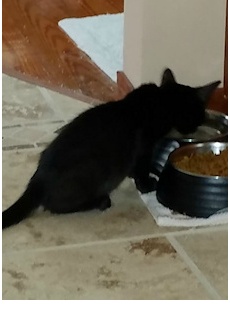 Everyone here on the farm is making it through the humidity and heat of this very, very hot summer. We’ll all be glad when the white-hot light of the August afternoon yields to the pale yellow of October. But all in all, a summer with white, green, and silver can’t be all bad.

Take a moment and listen to a little Aretha on this hot August day. (Check out this performance). We’re all on a journey, and man was I lucky to have Aretha along even for a little bit. Yeah, she did make me feel—like a natural woman and so much more.

Carolyn and the critters