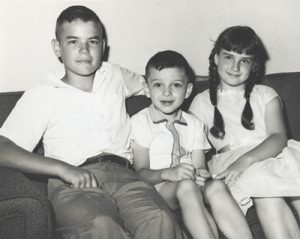 When I was growing up in the small town of Lucedale, Mississippi, I had big dreams. I wanted to be a cowgirl, a writer, and Nancy Drew. Life has surely thrown me more than a few twists, but dreams are hard to destroy. Today, I’m all three–sort of. Of course the only mysteries I solve are in Zinnia, Mississippi. And I have the help of Sarah Booth Delaney, Tinkie, Cece, Coleman, Millie and a host of other characters. They’ll be quick to tell you they do all the hard work–I’m just the writer.

As to the horses, I have three. But no cows. I’m a little too tenderhearted. If I had a herd of cows, they’d live with me until they died of old age. But I do have the horses, Miss Scrapiron, a Thoroughbred, Mirage, a half-Arabian, and Cogar, a Thoroughbred-Connemara cross.

In the dog department, I have my very own Sweetie Pie, a red tic hound; Maybelline, a tall beagle; Zelda, a husky; and Rosie, a red dog. All of the dogs are strays, as are the cats, Miss Vesta, Gumbo, Poe, Chester, and Maggie.

A lot of people ask me how I started writing about the Mississippi Delta. My hometown, Lucedale, is way down in the Southeast corner of the state. That section is called the pine barrens, and it lives up to its name. Pine trees are a cash crop, and thousands of acres were once owned by the big paper companies. It’s a world very different from the Mississippi Delta.

My first visit to the Delta was as a photojournalist. I went to Parchman State Prison to do a newspaper story. Parchman was notorious at that time, and I can still remember the terrible desolation I felt when I looked out and saw mile after mile of heat and cotton. But the Delta also has fabulous wealth. And it has the blues. I knew then, at the age of 21, that I would one day write about that land of stark contrasts and strange beauty.

Sarah Booth and Jitty came to me in tandem, arguing just as they do in the books. When such fully developed characters visit a writer, it’s truly a gift. I didn’t know Sarah Booth was a private investigator–in fact she didn’t either–until I’d started writing the book (Them Bones). Now, it’s become my challenge to give her interesting cases to solve.

Before I wrote fiction I worked for nearly a decade as a journalist. That experience has been invaluable as a writer. It was a fabulous life for a young woman, and I had some terrific adventures. I once covered an armed robbery on horseback and on another occasion had to climb a tree to cover a hostage situation in a graveyard. It’s a good thing I was a tomboy growing up.

Along with riding my bicycle, building forts in the woods with my brothers, playing baseball and touch football, and getting into mischief, I also spent a lot of time with my grandmother. She lived with us when I was a child, and she was a wonderful storyteller. She’d emigrated from Sweden when she was six, and she had a host of stories that kept me riveted for hours.

Many of the stories my grandmother told were ghost stories. When she really wanted us kids to be good, she’d recite that James Whitcomb Riley poem, “Little Orphan Annie.” We’d be terrified to even let a hand dangle off the bed, so we were very, very good! During spend-the-night parties, I often repeated Grandma’s stories to my friends, usually ending in a squealing, writhing heap of girls trying to find an adult to protect us. But my true love was mysteries. I devoured them as a reader. As early as high school I started trying to write short mysteries.

Prior to the Bones series, I wrote Summer of the Redeemers (1994) and Touched (1996). Though they were published as general fiction, they both contain strong mystery elements. But it wasn’t until Sarah Booth stole that dog that I realized I had hold of a real mystery. I’ve spent the last five years in the company of the Zinnia crowd, and I have to say I’ve had a great time. 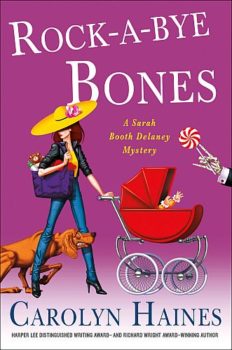 Carolyn is giving away a hardcover copy of ROCK-A-BYE BONES, Sarah Booth Delaney Mystery Book 16, to one winner.