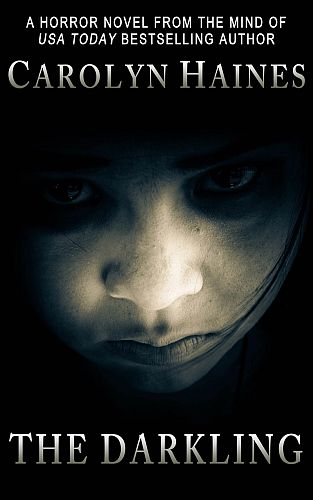 Berta and Bob Henderson have plenty of love for their children—and enough even for a foster child. When Annie, a young amnesiac found wandering the streets of a nearby city, comes into their home, bad things begin to happen.

Mimi Bosarge, the live-in tutor, has a deep love for Coden, Alabama, which in the 1940s was a hideaway for movie stars and the wealthy. By 1976, Coden has been long forgotten. Bob’s plans to renovate the old hotel on the Mississippi Sound would bring new life—and returned glamour—to the small, isolated community.

As Mimi prepares lessons, she begins to see another child on the grounds. One that looks eerily like Annie at times—but at other times mimics the physical traits of the other children. It becomes clear, this creature, whatever it is, is stalking the Henderson family.

Annie begins to display a sophistication beyond her years, and as tragedy strikes the family one by one, Mimi carries the burden of protecting the children.

Mimi believes Annie’s innocent beauty is a sham, but how reliable is Mimi? For the children, the truth is the only thing that can save them.

Originally published March 2013 in eBook, April 2013 in hardcover and April 2014 in trade paperback, writing as R. B. Chesterton by Pegasus Books.

“In this unsettling piece of American gothic, the arrival of a 16-year-old foster child results in the unraveling of a close-knit family, arousing the suspicions of their young nanny. With its 1974 setting and slow burn narrative, The Darkling is a throwback to a time when the novels of Ira Levin and Thomas Tryon ruled bookshelves, when the most popular horror novels were both literary and scary.” —Bloody-disgusting.com

“A good storyteller – and R. B. Chesterton is quite a good storyteller – knows to lower her voice when she’s talking about ghosts…[a] spellbinding tale, offering eloquent evidence that Southern storytelling is indeed a very special art form.” —The New York Times Book Review

“As the questions hover and grow more intense, it’s virtually impossible not to pursue the answers to the end. In fact, as [Chesterton’s] novel gains momentum like a fast-moving train, it’s hard to put the book down at all. Not for nothing is she one of our most decorated writers.” —Alabama Writers Forum

“Reminiscent in many ways of Janet Evanovich’s Stephanie Plum novels, only fresher with a bit more of an edge and none of the pretentiousness.” —Providence Journal-Bulletin

“Who doesn’t love a spin-tingling ghost story? Even better, a ghost story so grounded in reality that it keeps you awake reading and sticks with you even in the daylight hours. Another winner from the author of more than 21 books in various genres.” —Delta Magazine

“With The Darkling, [Chesterton] firmly reestablishes herself as a queen of darkness and suspense.” —Southern Literary Review