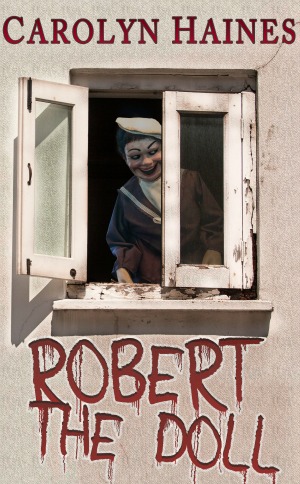 When Mario takes a Key West vacation with his alcoholic parents, he finds himself alone and unsupervised on the paradise island with a dark history. A chance visit to a local museum introduces him to five high school girls who catch his interest, but it is Ashley who challenges him with a dare to visit the museum’s creepy and famous resident, Robert the Doll.

Wearing his little sailor suit, Robert sits on a chair in the second floor of the museum—until he moves on his own, sometimes staring out the museum window. Robert has powers. Bad things happen when Robert decides to play. And Robert wants to play with Mario and Ashley.

The two teens learn the hard way that mocking Robert is a bad idea. A very bad idea.