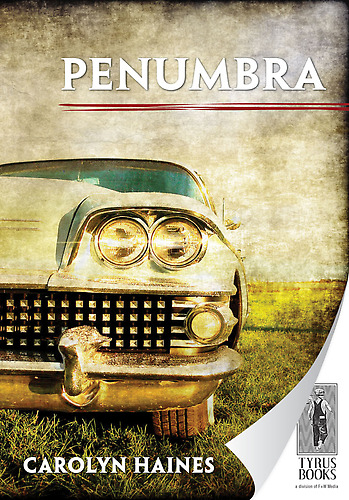 This is a novel about the consequences of loving the wrong person. In PENUMBRA, each principal character has made a grave mistake in love—giving affections to the wrong person. I spent a lot of time choosing the point of view characters, because I wanted different views from the community of Drexel, but also different characters who would bring more to the table than just another voice. The story is set in 1952 Drexel, Mississippi.

This is perhaps my darkest book. And maybe one of my strongest. I know Dottie is one of my most favorite characters. She surprised me more than once.

When Marlena, the wife of the richest man in town, goes down to the river to meet her lover, a route man, she takes her daughter along as a beard. But when the child is abducted and Marlena is nearly beaten to death, no one will help her except her half-sister, Jade, a woman who is also half black, and a deputy sheriff who is tormented by his own past mistakes.

It’s a complicated web of lies, deceit, cruelties, and redemption.