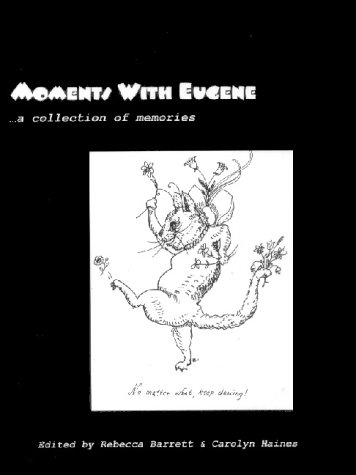 For those of you who did not have the pleasure of knowing Eugene Walter, a brief synopsis of Eugene’s résumé is in order. Eugene Walter was a novelist, poet, essayist, humorist, artist, stage designer, lyricist, actor, master of the culinary arts, botanist, philosopher, sociologist, radio personality, Mobile, Alabama native, resident of Rome and Paris, and most importantly a friend and inspiration to fellow artists and writers. Inspiration, imagination, and encouragement were Eugene’s greatest gifts. Admiration was his greatest reward. Sadly, Eugene left us in March, 1998 at the age of seventy-six.

But Eugene Walter will never be forgotten. Editors Rebecca Barrett and Carolyn Haines have seen to that. For two years, Rebecca and Carolyn painstakingly solicited, collected, and massaged an unusual menagerie of stories written by Eugene’s friends, acquaintances, and colleagues. The result is a 310-page hardcover volume of photographs, squiggles, and mostly humorous, mostly true tales about Mobile, Alabama’s anointed renaissance man. A colorful character Mr. Walter was, that’s for sure. The extent of that color has now been brought out in Rebecca and Carolyn’s delightful book.