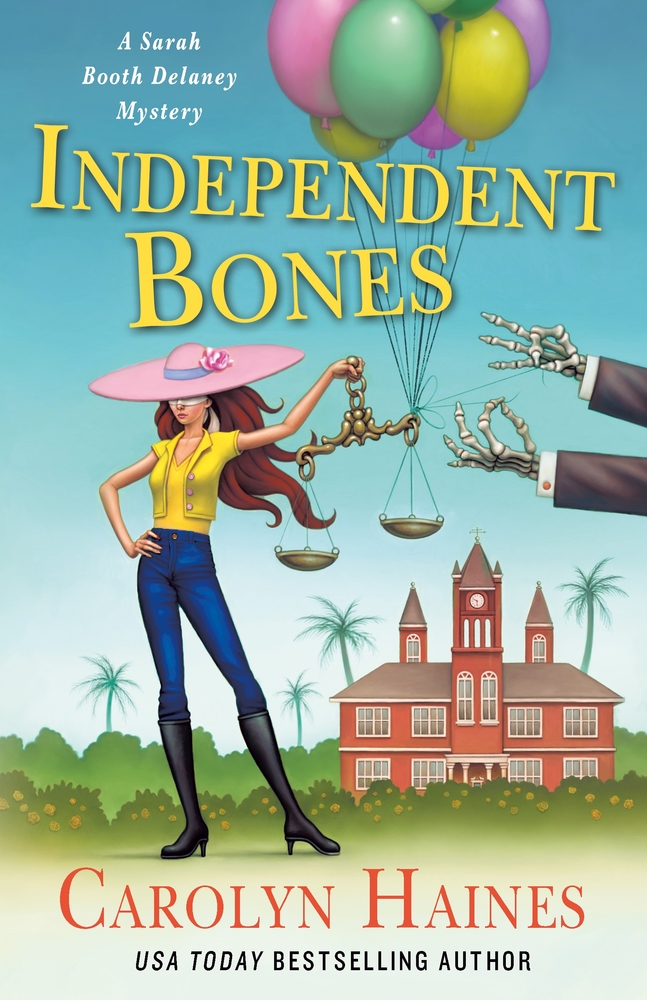 When Dr. Alala Diakos, a visiting professor of Greek literature, comes to teach at Ole Miss in Oxford, Mississippi, it doesn’t take long for controversy to follow. With her fervent feminist ideals and revolutionary leanings, she quickly earns the admiration of many—and the ire of others. During a speech in the park, in which Alala tries to organize the women of Zinnia to demand equal pay, the crowd gets unruly, with men heckling the professor. And when PI Sarah Booth Delaney finds a sniper rifle and scope in the bushes, she begins to worry that there are more than fighting words at stake.

Sarah Booth calls her boyfriend, Sheriff Coleman Peters, who offers the protection of the Zinnia police department, but Alala rejects him, saying she has no use for the law or men. And when a notorious domestic abuser is found dead the next day, suspicions turn to Alala herself, who was overheard bragging that she would take him down. Tensions deepen when connections are drawn between Alala and two similar, previous deaths.

But Sarah Booth doesn’t want to believe Alala is a murderer, and when the professor shows up at Sarah Booth’s doorstep, asking her to find the real criminal, Sarah Booth embarks on a case stretching across the Delta. Yet Alala remains at the center of it all, and Sarah Booth can’t help but wonder if the killer has been with her all along…