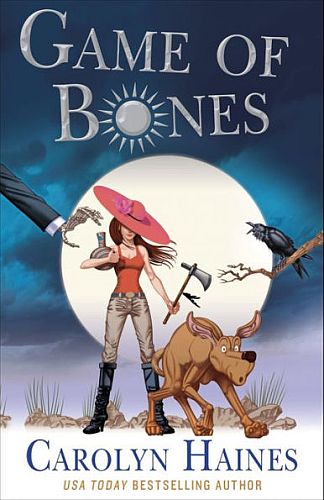 Dr. Frank Hafner is an archeologist working on excavating a new-found Native American temple site in the Mississippi Delta. He’s also too handsome for his own good, and a bit of a flirt. Oddly enough, it’s the first quality that gets him in trouble when he discovers the ritualistic murder of one of his archeological crew. When Coleman Peters, Sheriff and Sarah Booth’s boyfriend, takes Dr. Hafner in for questioning in the murder, the accused doctor hires Sarah Booth to clear his name.

Soon, Sarah Booth has uncovered a number of possible suspects, but she can’t narrow them down fast enough to stem the continuing violence that seems to trace back to Dr. Hafner’s dig. When Peter Deerstalker, a member of the Tunica tribe, mentions a curse, it doesn’t seem so far-fetched—especially when a young graduate student on the site claims someone on the site is searching for something much more precious than ancient pottery…

Something spooky is going on in the Mississippi Delta, and though Sarah Booth isn’t sure who to trust, or what to believe, she knows she won’t rest until she’s dug up the truth. 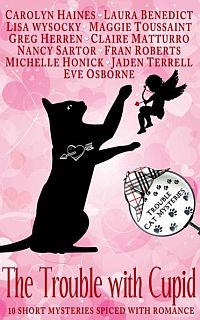 Carolyn is giving away a digital download of THE TROUBLE WITH CUPID, Trouble Cat Mysteries anthology.