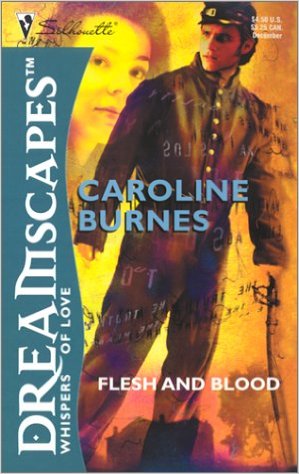 The word pealed in Emma Devlin’s head like a death knell. Her murdered husband’s ghost had appeared to her, claiming he’d been betrayed by those he loved. As much to preserve her sanity as to quell his restless spirit, she sought answers at Ravenwood, an antebellum mansion steeped in legend. But nothing could have prepared her for a dusk- darkened encounter at sword point with a mesmerizing Confederate cavalry officer!

Like a gallant knight of the Old South, Nathan Cates offered his help to a damsel in distress. He hoped to heal Emma’s scar-worn heart and to protect her from the danger that stalked her every move. But he had very little time. For soon Nathan would have to return to an existence in which he was no longer made of flesh and blood….