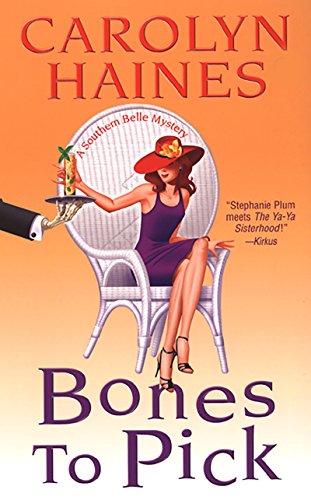 Wickedly witty and full of more dirt than a debutante’s diary, the mysteries of Carolyn Haines bring the southern Delta to roaring, rollicking life…

Intrepid P.I. Sarah Booth Delaney has been known to single-handedly save her family’s Mississippi plantation, converse with Dahlia House’s ghost, and capture a killer or two. But when a local girl is found dead in a cotton field, it’s enough to make a lady toss back a Bloody Mary before noon on Sunday.

Someone held twenty-three-year-old Quentin McGee’s face down in the rich Southern soil until she suffocated. The lawmen think Quentin’s lover killed her. When the suspect’s brother hires Sarah to prove his sibling innocent, Sarah quickly learns that the victim had plenty of wealthy, powerful enemies. Each had a bone to pick with Quentin for writing a scandalous exposé on her hometown. Adding spice to the gumbo is the news that Quentin was due to inherit the family fortune the day after she was killed. . .and that a second book was in the works. From illicit lovers and outraged families to slandered aristocrats, everyone is a suspect—and no one is safe. . .