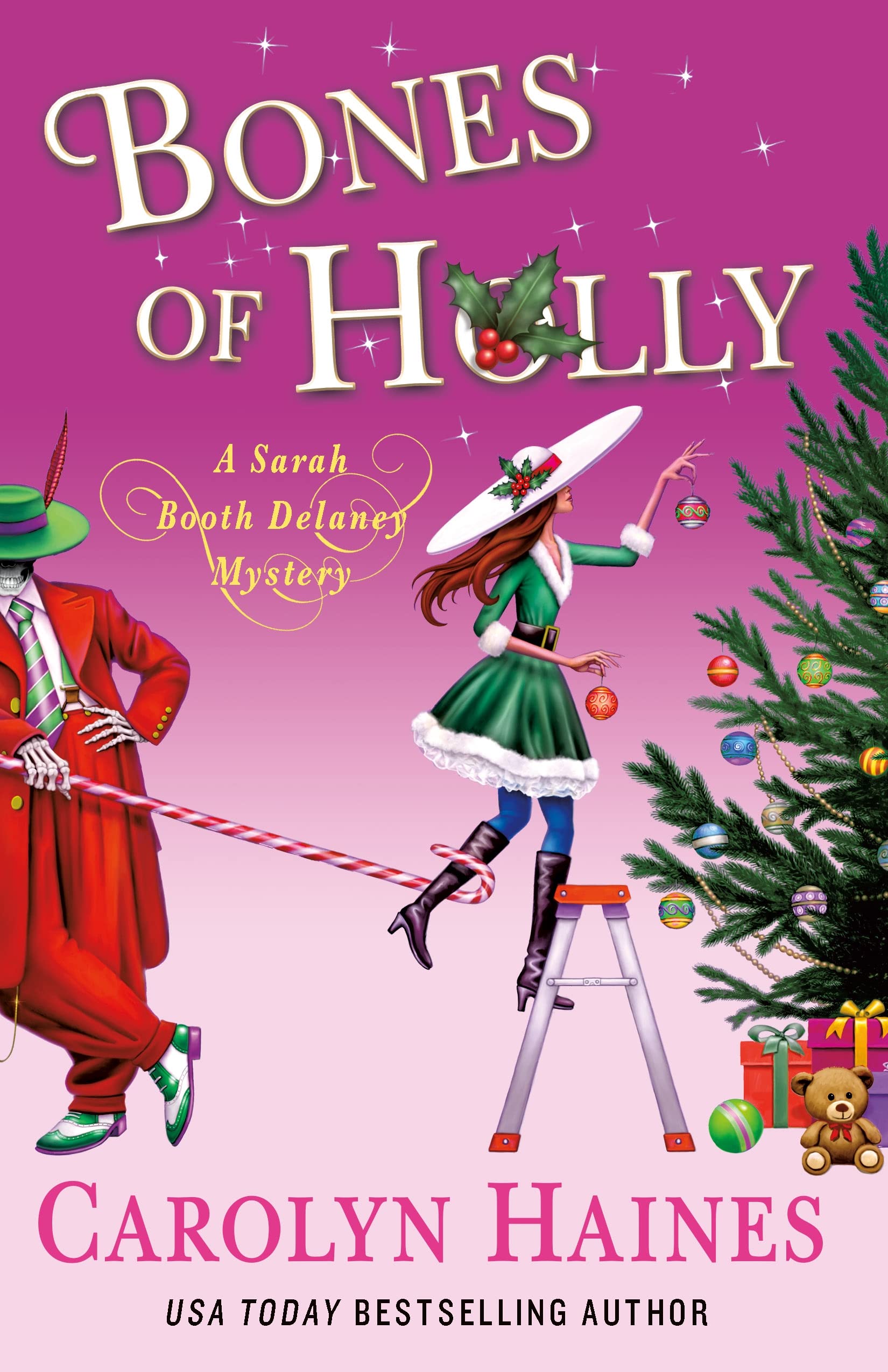 Bones of Holly is the next novel from Carolyn Haines in the series that Kirkus Reviews characterizes as “Stephanie Plum meets the Ya-Ya Sisterhood” featuring sassy Southern private investigator Sarah Booth Delaney.

Sarah Booth and Tinkie, along with baby Maylin, are in Bay St. Louis, Mississippi for Christmas this year, as judges for the annual library tree decorating contest.

The other two judges are writers Sandra O’Day and Janet Malone. They’re bestselling Mississippi authors, but bitter competitors. In fact, the feud between them is the stuff of legends. For years, they’ve brawled, their sales skyrocketing with each cat fight. Sandra’s most recent true crime book documents the 1920s rum-running era of Al Capone, who built a mansion in BSL and a distribution network for his liquor. Janet’s book, scheduled to be published in January, is a fictional account of the same material—which only heightens their bitter rivalry.

Sarah Booth and Tinkie are shopping with little Maylin when they see Sandra and Janet outside a bookstore, fur flying, and when Sandra vanishes from her own gala later that night, suspicion turns to Janet. Janet accuses Sandra of attempting to manipulate the media by a fake disappearance, but is it a stunt, or is something more sinister at play?

Sarah Booth and Tinkie will have to dive deep into the history of Bay St. Louis, and even Al Capone himself, to get to the bottom of this case. But the trail in fact leads them back to several prominent families still residing in the area. Families who may not want their secrets known…