Did you have a good Thanksgiving holiday? While we did play dirty croquet for Thanksgiving (and I did win!) we had such drama before the croquet. My niece Jennifer had just gotten in the door with goodies when I picked up the quart of homemade cranberries that she’d made to put in the refrigerator. It was wet and I dropped it. Yeah, cranberries splashed over the white cabinets and floor. My more limber friend, Christy Cofield helped clean it up (meaning she did most of the work). Christy had brought her little dog Charlie who doesn’t play nice with other dogs, so he was barking and cutting up in the kennel and we took my dogs and went out on the back porch to have a celebratory drink.

Trish Patterson, my skilled hairstylist friend, had gone way out of her way to pick up the turkey for me, opened the door to go back inside and just stopped. She turned around to look at me and said, “The smoked turkey is in the middle of the floor and someone has eaten it.” Shades of Goldilocks! (never my favorite story). We rushed in to find the scene of mayhem. Turkey bits and grease all over the floor, and Eudora Welty Haines–the only dog who had remained inside because she hid from me–swooned over on a dog bed in a turkey coma. 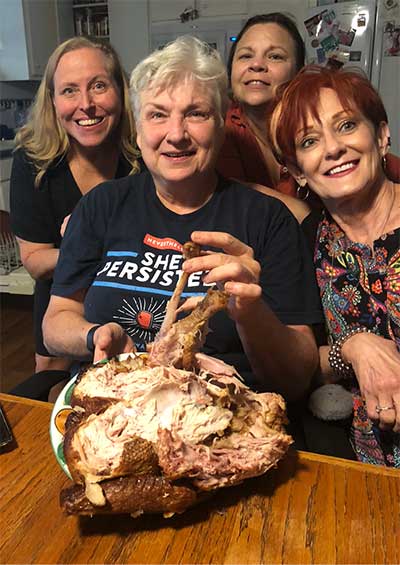 Yet again we picked up the damage and cleaned the floor. At long last, we sat down to eat a wonderful vegetarian Thanksgiving. Eudora Welty Haines is still somewhat lethargic but she seems to be okay. Thank god. No one cared about the turkey (except Christy who was all for sanitizing the carcass in the oven!) Another Haines holiday. I never have dinner guests anymore because of the cats. They are evil little devils. But I never anticipated that Eudora Welty would steal a turkey. And she hid in the house to get that opportunity. Oh, well, another Haines holiday. They never, ever go as planned. But it was good to be among friends and to laugh. Even Wendy showed up to have some sweet potato fluff and cheesecake. A good time was had by all. 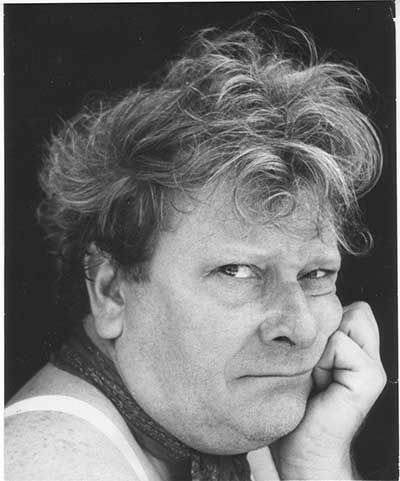 Last week was Eugene Walter’s 100th birthday! And the city of Mobile and a number of Eugene’s friends and fans will continue celebrating 100 years of Eugene until November 30th of next year. I’ll be posting some of the festivities on my FB page and in my newsletters, so I hope you will lift a glass of Jim Beam (or Dr. Beam, as Eugene called the drink) to my dear friend who I miss a lot. If you don’t know Eugene’s work, you should. From poetry to music to translations to novels to short stories to acting to painting coffins…Eugene celebrated the creative and refused to be put in a box. His love of life, fun, and mischief gave me many hours of pleasure. Do some googling and learn about this remarkable man.

Christmas is looming on the horizon and we do have good news about Trouble, the mystery solving black cat—who will have a new adventure penned by Susan Y. Tanner arriving January 17. Trail of Trouble will be the 14th Trouble mystery, and the fifth written by Susan. Each of her books feature horses as well as Trouble, and this one is a trail ride in the Northwest. Lots of exciting action, and of course, Trouble is even snarkier than usual in a wilderness setting. Susan was good enough to give him a seat in a jeep instead of having to be on horseback the whole time, but Trouble is more of a plush pillow and heated blanket kind of cat! Enjoy the mystery and the fun. 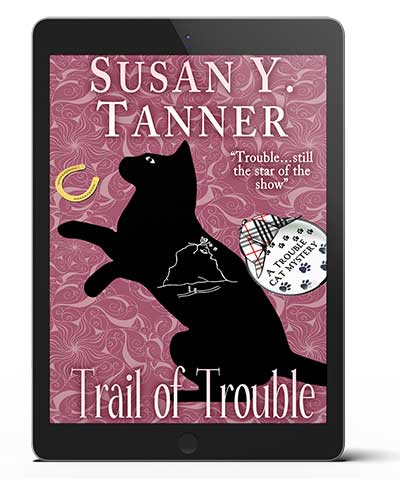 Here’s what the book is about:

Horsewoman Sara Anders rebuilt her life in the rugged mountains of Oregon. Her trail riding venture with author and rancher Jackson Cantrell is a success. When Jackson is found at the base of a cliff, his death is ruled accidental. Sara doesn’t believe this and neither does Brayden Cantrell, Jackson’s long-lost nephew who only recently entered his life, and Sara’s.

Unwilling partners who must learn to trust each other and themselves, Sara and Brayden lead a six-day trail ride into the mountains, taking Jackson’s ashes to be buried beside his beloved wife. The funeral cortege includes Jackson’s closest friends—the last people known to see him alive. After a rattlesnake is found zipped inside Sara’s tent and a mourner dies mysteriously, Sara and Brayden realize that they ride the mountain with a killer. But who? And why? And who will be next?

Trouble suspects everyone but his job is to protect Sara, and sleuthing out the villain requires all his skills. Everyone loved Jackson Cantrell until someone didn’t. The savvy feline knows most people incriminate themselves given enough time. But time is running out and a murderer is getting desperate.

I’ve mentioned several times that I had a lot of family illness. My younger brother, David, died in February. We were close and I miss him a lot. My very good friend and helper with the animals, Michele Meehan, died in May, as did my wonderful cousin, Erik Ward, who was featured in THE DEVIL’S BONES as a dancing pharmacist/murder suspect. My Aunt Olive, who was 96, also died this summer. These are deaths that have changed the flow of my life. I also lost Red the horse, and Beulah Girl, my sweetest hound dog. It has been a hard year of loss. I will be glad to see the backside of 2021. 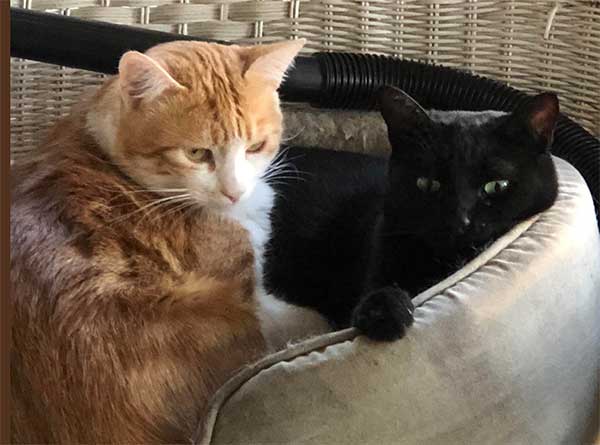 Ollie and Karma have a snuggle.

I have a favor to ask of you. If you are tired of buying gifts no one wants or needs, consider making a donation to a worthy cause. I ask you to donate to animal organizations a lot, but there is a medical organization here in Mobile called Victory Partners. Click on that link to read up on them. They do amazing work for people without insurance who need medical care. The clinic is staffed by doctors who donate their time. At Victory, every dollar donated translates into $40 of health care. As you can see, even small donations make a huge difference. Over the past five years, I’ve met so many people who have benefitted from Victory care. Some of the finest doctors in Mobile volunteer there, as well as dentists and other specialists that bring service to a population that has zero medical care. If Please make a donation, if you can. Thank you.

I’ve been working on edits for LADY OF BONES (May 2022) and writing BONES OF HOLLY (October 2022) so I have been wallowing around with Sarah Booth and the Zinnia gang. It’s been a good place to be this year. I had thought I’d write another Raissa and Reginald book, but when St. Martin’s asked for a Sarah Booth Christmas book, I knew I wanted to do that.

After whining about the wet, awful weather all summer, we have finally had a truly beautiful November. Sunny, crisp, just one lovely day after another. I wish I were a little friskier. I bought a wee chainsaw, and I’ve been trimming the long, long driveway bit by bit. And I finally got a tankless hot water heater! Yay. And a propane tank! Yay! I’m trying to make myself as independent as possible for the coming years. I can’t crank one of those hand-pull generators (or chainsaws) so I’m doing my best to buy things I can operate without having to call for help.

I’m emulating the wonderful Ms. Velma, who celebrated her 94th birthday on November 12. I want to be as independent and strong as she is. On her birthday we had a lunch of fried chicken, fried okra, and other vegetables. And we laughed and talked and cut up. I met Ms. Velma in 1982 when I went to work at the University of South Alabama snack bar in the Administration building. Nobody could make a BLT like Ms. Velma, or a cup of coffee. For over 25 years I saw her almost every work day and she was always full of fun and love. Nothing has changed! She is still a keg of dynamite.

Despite all my whinging and whining, the time did change back. Ugh. Now it’s dark at 5 p.m. Ugh. But it will be March soon enough and we’ll spring forward again. I do wish they would leave it on DST, but no one ever listens to me.

In the thrilling moments of my life, it’s time to sweep and do some cat chores. They really are evil doers, but I love them anyway.

Until next time, here’s a tune for you: Try A Little Tenderness. If you haven’t seen the movie The Commitments, you need to make it a point to see it. If I could only sing…

Adieu from Carolyn and the Critters